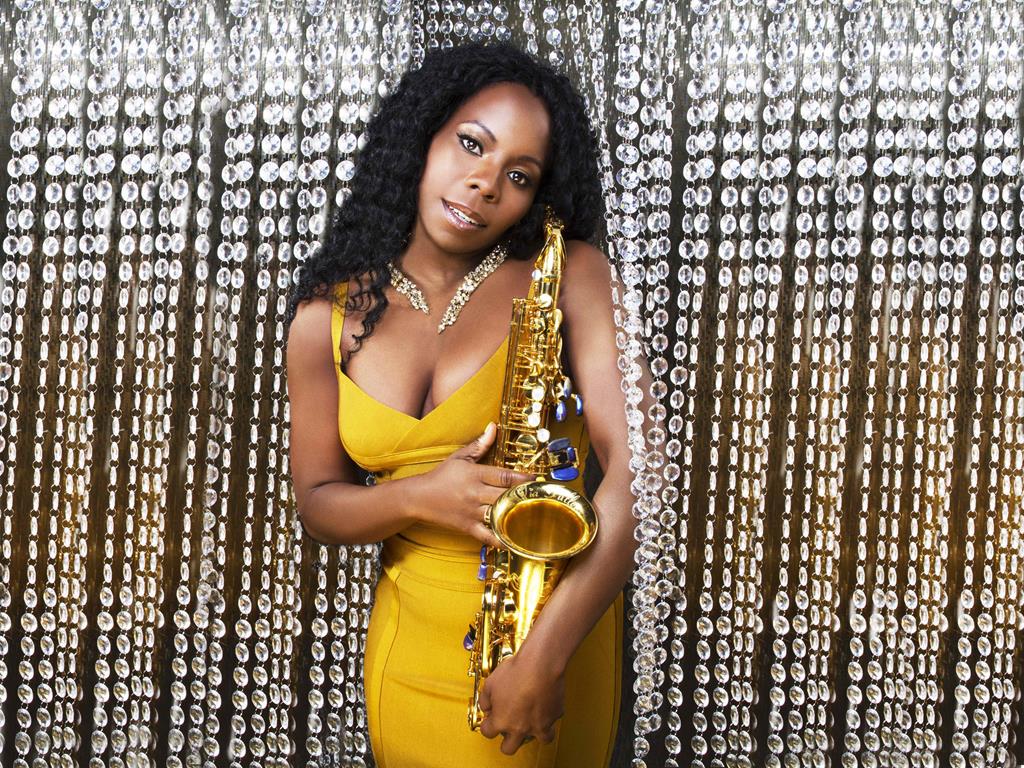 Saxophonist, composer, and bandleader Tia Fuller uses the process of diamonds forming under four levels of extreme pressure and heat as a metaphor for the time she spent honing her artistic craft. When looking up the term ‘diamond cut,’ you’ll learn that it was not necessarily pertaining to the shape but to the proportioning and the balance as to which the highest amount of light is reflected through the diamond. The process serves as a direct correlation to her teaching and playing. While the phrase “diamond in the rough” often describes burgeoning talents brimming with potential, Fuller has exhibited impending greatness since emerging on the international jazz scene more than a decade ago. Now, her artistic capacity has blossomed tremendously, resulting in her fourth Mack Avenue Records release – the aptly titled Diamond Cut, her first album as leader since 2012’s Angelic Warrior. In those six years, she’s transitioned from being a member of Beyoncé’s touring band to becoming a full-time professor at Berklee College of Music, while still juggling a demanding career as a solo artist and touring with the likes of drummer Terri Lyne Carrington, bassist Esperanza Spalding, and Ralph Peterson Jr., among others. “Not that I’ve arrived by any means, but I think I’m in a space of empowerment, knowing that I’m walking in my purpose,” says Fuller as she reflects on her multifaceted career. “I’m in the fullness of my purpose. Now, I’m more able to directly reflect the light toward others because of what other people have poured and reflected into me. I feel that I’m in a solid place to give back things of substance.” “Diamond Cut” was nominated for the Grammy Award 2019 in the Best Jazz Instrumental Album category.