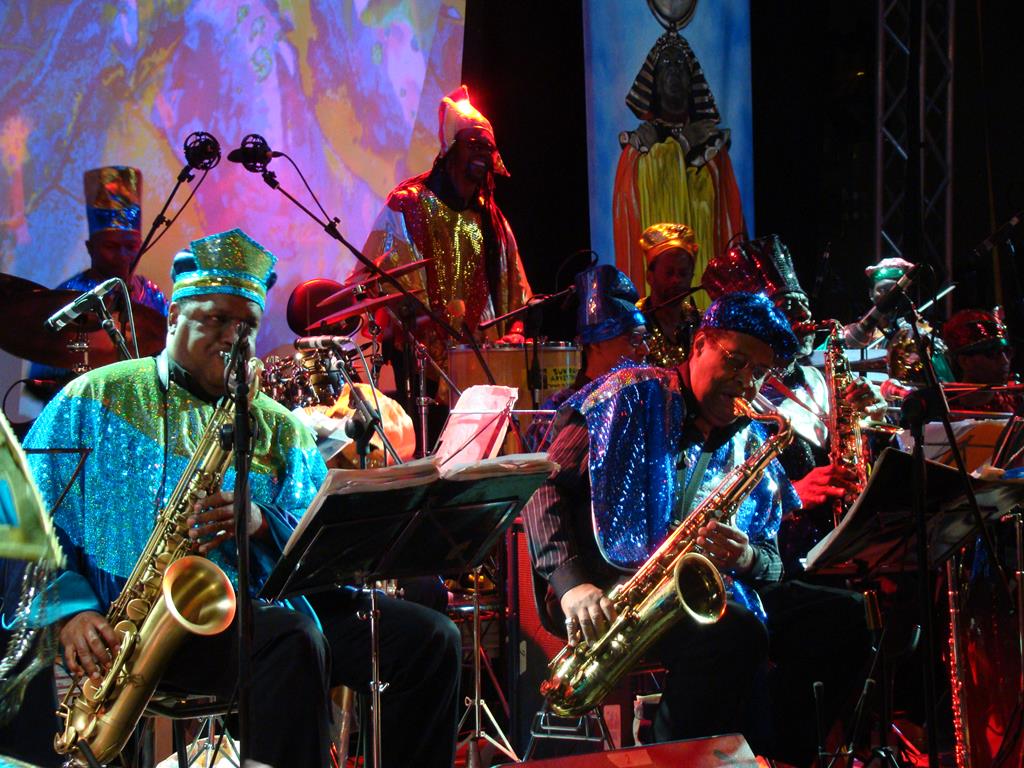 As a young musician, Marshall Belford Allen (b. May 25, 1924) performed with pianist Art Simmons, Don Byas and James Moody before enrolling in the Paris Conservatory of Music. After relocating to Chicago, Allen became a pupil of Sun Ra, subsequently joining the Arkestra in 1958 and leading Sun Ra’s formidable reed section for the next 40 years. Marshall, along with John Gilmore, June Tyson and James Jacson, lived, rehearsed, toured and recorded with Sun Ra almost exclusively for much of Sun Ra’s musical career. As a member of the Arkestra, Allen pioneered the Free Jazz movement of the early sixties, having remarkable influence on the leading voices in the avant-garde. He is featured on over 200 Sun Ra recordings in addition to collaborations with Phish, Sonic Youth, Digable Planets and Medeski, Martin & Wood. Allen assumed the position of Arkestra Musical Director in 1995, following the ascension of Sun Ra in 1993 and John Gilmore in 1995. Marshall continues to be committed to the study, research, and development of Sun Ra’s musical precepts and has launched the Sun Ra Arkestra into a dimension beyond that of mere “ghost” band by writing fresh arrangements of Sun Ra’s music, as well as composing new music and arrangement for the Arkestra. He works unceasingly to keep the big-band tradition alive.