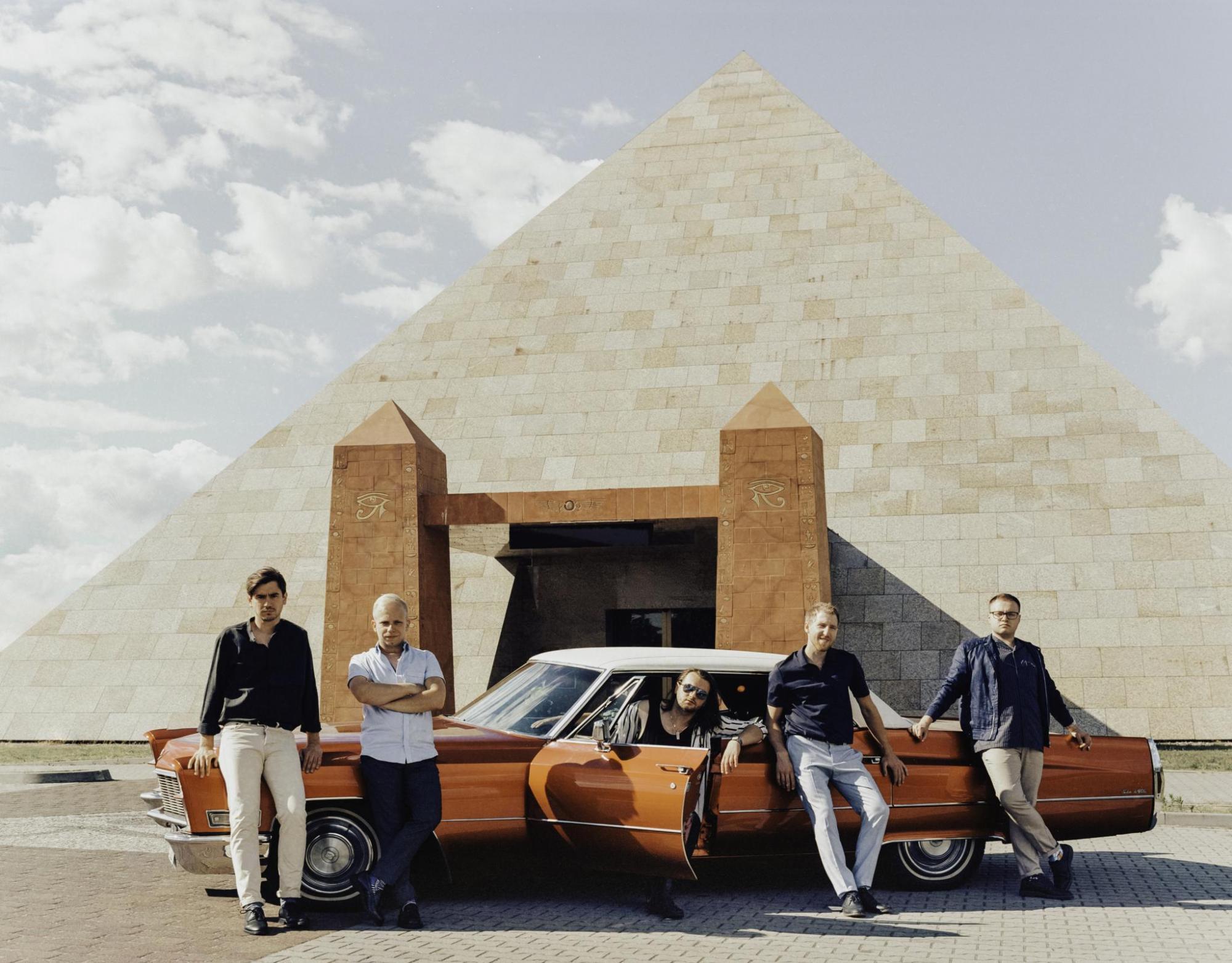 Weezdob Collective was established in 2014. The artists, who are often listed among the best jazz musicians of the young generation, are all recipients of the scholarships of the Minister of Culture and National Heritage. The collective won, among others: Grand Prix of the 54th Jazz on the Odra Festival, Grand Prix of the Lotos Jazz Festival – the 17th Bielska Zadymka Jazzowa, Grand Prix of the Jazz Fruit competition at the Mladi Ladi Jazz Festival in Prague, Grand Prix of the 18th National Review of Jazz and Blues Bands in Gdynia, as well as the Grand Prix of the 2015 Blue Note Poznań Competition. The band received positive reviews by jazz authorities, such as Jan Ptaszyn Wróblewski, Zbigniew Namysłowski and Krzesimir Dębski. The fusion of five musical personalities resulted in the creation of a cohesive and original collective of improvisers and composers. One of the most characteristic features of the band is the unique combination of harmonica, saxophone and guitar sound, which constitutes the only such proposal on the Polish music scene.

Leszek Możdżer is one of the most outstanding Polish jazz musicians, a world-class pianist, a courageous explorer and an original artist, distinguished by his own musical language. In 1992, he received an individual distinction at Jazz Juniors – it was the first drop of heavy rain of awards that would flood him in the following years. Since then, he has won all subsequent Jazz Forum plebiscites in the “Piano” category and has also won numerous Musician of the Year titles.