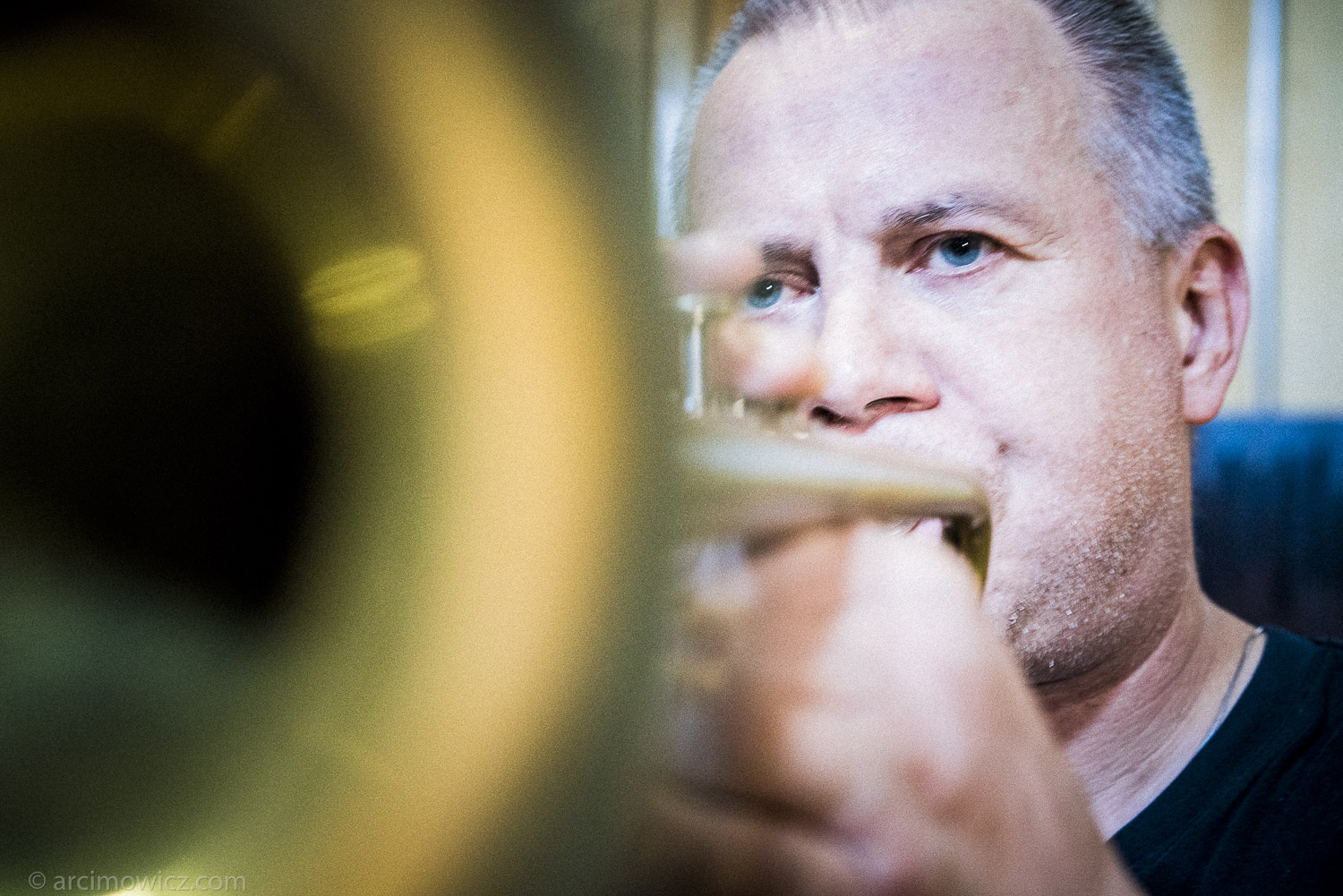 To Whom it May Concern Live

To Whom it May Concern is Piotr Wojtasik’s latest album. The work, which was released at the end of September, features musicians with whom the artist has collaborated over the years in various bands. Wojtasik invited Viktor Tóth (Hungary), Sylwester Ostrowski, Bobby Few (USA, France), Joris Teepe (The Netherlands) and John Betsch (USA, France) to take part in the recording. The compositions were written for a concert tour with the legend of world jazz – Bobby Few. The recording sessions were carried out at Les Studios de Meudon in France. The album features eight original compositions by Piotr Wojtasik.

Piotr Wojtasik was born on the 10th of June 1964 in Wrocław. The trumpet virtuoso, an exquisite improviser and composer, has been speaking his own unique musical language for more than 30 years now. He has recorded and performed in most European countries, as well as in Morocco, Israel, Canada, the United States, Japan and India. In the 1980s and 1990s he represented the modern bop trend, which has now taken on a more individual form, based in part on modal jazz with some elements of free and ethnic music.

He has recorded 11 albums, which garnered great reviews among critics and music lovers. His albums Circle and Hope both received the prestigious Fryderyk Award – the Polish music industry award, while the majority of the remaining ones was nominated for it. Wojtasik himself received two Fryderyk Awards in 2008 in the Jazz Musician of the Year category and as the author of the Best Jazz Record of the Year – for Circle. He also topped the Jazz Top ranking run by the Jazz Forum magazine multiple times. The latest album – To Whom it May Concern – demonstrates Wojtasik’s sensitivity in terms of performance, composition, as well as in a carefully selected line-up of musicians.